Except where otherwise noted, content on this site is licensed under a Creative Commons Attribution-Share Alike 3.0 Unported License. 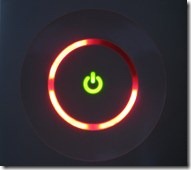 Last week, after a year and a half of almost constant Call of Duty and Halo gameplay, my Xbox 360 finally bit the dust. For a few weeks leading up to the 3 RRoD incident, when I would go to start a new Call of Duty: World at War Nazi Zombies match, it would freeze up and the screen would turn into a checkerboard. It took only about 4-5 matches of checkers before it had enough.

Luckily I was fooled into getting the Best Buy 2-year Product Replacement Plan (PRP) when I purchased the unit. This entitled me to an immediate full refund of the purchase price in the event of a failure rather than sending it off to Microsoft for a month.

Over 30 minutes after walking through my local Best Buy’s doors I had received my $350 refund and used it purchase a new Xbox 360 Pro at $250. I received the remaining $100 on a gift card.

The only issue was that I did not want to loose all of my data from my old Xbox so I hired the Geek Squad to work their Xbox 360 Data Transfer magic. (5 minutes of work for 1/2 hour in Geek Squad bucks, which equates to $29.99)

Today I am home playing my new Xbox 360 with all of the saved games and downloaded content (maps) in tact.